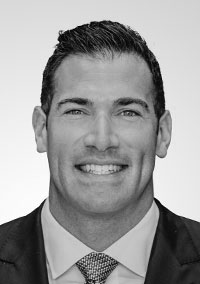 
James comes to Kingsbarn having worked as a financial advisor for high net worth individuals at one of the fastest-growing wealth management firms on the west coast, WestPac Wealth Partners. As a financial advisor, James helped his clients minimize the impact of taxes on their wealth and helped his clients construct plans to pass that wealth on to the next generation efficiently. Prior to that, James served as an officer in the Navy for six years after graduating from the United States Naval Academy.


James holds a B.S. in Economics from the United States Naval Academy where he was also Co-Captain of the football team. He is currently completing a Master in Business Administration from California Lutheran University. In his free time, he enjoys going to the beach with his wife and two dogs, working out, playing golf, and he never misses a Navy football game.