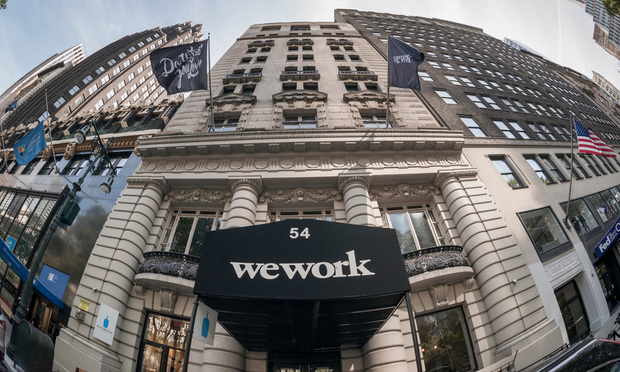 After the flexible office provider’s collapse last year, one observer sees more scrutiny on startup with a valuation of over $1 billion.

“You see this golden child, like WeWork, that on paper looks like it's a game-changing business model,” Vichinsky says. “Then it fails, and the investment that went into it was just unbelievable. How, after all that investment—they have billions of dollars to play with—are they collapsing?

If anything good came out of WeWork’s problems, it made consumers and investors more skeptical of the models used by these unicorns.

“I think it's a good thing for businesses that are extremely disciplined and are old school in the way that they manage their balance sheets and offer value to their employees,” Vichinsky says. "I never understood the concept of massive investments going into a company that's not even profitable in the hopes that it will be. I think it's a big wake up call, not just for the real estate sector, but in general."

That said, Vichinsky says he isn’t opposed to change or new ideas.

“You're seeing an influx of very creative, very smart people who are trying to come up with a formula or several formulas that are eventually going to change the way the business functions,” Vichinsky says. “But I think WeWork and a lot of these other ‘unicorn companies’ shed light on the fact that a lot of this stuff is smoke and mirrors and a lot of it just doesn't make any sense.”

Another problem with some of these new entrants is, according to Vichinsky, they don't add anything new to the mix.

“Real estate is the last frontier in which real disruption has yet to take place,” Vichinsky says. “It still operates on a lot of the fundamentals that it did a century ago.”

Vichinsky thinks a lot of these companies would fair better if they focused on the basics.

“You have to focus on the actual architecture of the model and seeing how it can offer more value to the consumers or have a higher margin,” Vichinsky says. "Or else, you're going through the same motion, and it's just the same bag of tricks with a different face."

Being the brokerage business, Vichinsky has been closely following Compass. The brokerage firm drew scrutiny when it laid off 40 people, about 1.6 percent of its staff.

“They’re going on a shopping spree through acquisition,” Vichinsky says. “A lot of people scratch their head and say, ‘You know, they've spent a tremendous amount of money, the burn rate on capital is fantastic, and the splits that they're offering to these agents are huge. So, what's the long-term sustainability?’”