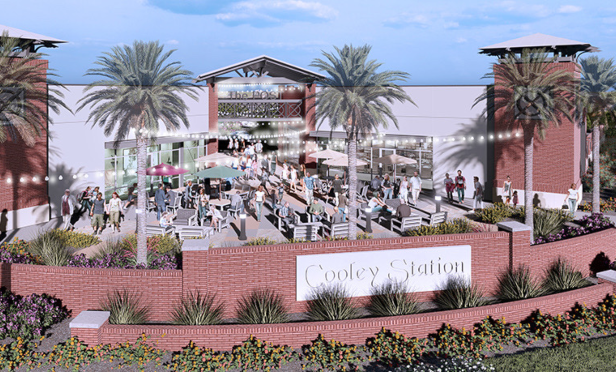 The State of Arizona is reopening, but the process could be turbulent as retailers adjust to new guidelines.

The State of Arizona has reopened all businesses in a phased process that began in the beginning of May. The state shuttered retail businesses and implemented stay-at-home orders at the end of March, about two weeks after they went into effect in neighboring California, but the impact was still “painful,” according to James DeCremer of Avison Young. The brokerage firm released a report this week that shows a stable retail sector in the first quarter, heading into the crisis.

“Ultimately, the short-term impact has been acute and painful, but it has also been a catalyst for a lot of retailers to look at their business plans and move forward on strategies to adapt, grow, sustain and hopefully thrive,” DeCremer, a principal in Avison Young’s Phoenix office, tells GlobeSt.com. “The good news is that a majority of retailers were already in various stages of reinventing themselves in order to stay relevant, integrating omni-channel strategies into their business model. COVID-19 has accelerated the adaptation for retailers who may have been slower to adapt to a new world of technology and how they interact with their customers to encourage sales activity.”

Now that the market has reopened, the retail sector can start to recover from the two-month closures. However, retailers will have to cope and adjust to new health and safety guidelines. “The reopening could be turbulent at times as retailers adapt to social distancing, contactless transactions, curbside pick-up and delivery orders, limited services, smaller dining capacity, and tentative consumers,” says DeCremer. “The key to a smooth and sustained recovery is to avoid a second wave and spike while adapting to these new operational norms.”

So far, the impact has been wide spread throughout the Phoenix region, but that could change during the recovery. “I think demographics will play a role in determining which areas are impacted,” says DeCremer. “Communities with older demographics could be slower to rebound as people choose to remain “safer at home.”

Travel patterns could also play a role in the market’s recovery. Many Arizona residents leave during the summer months to skip the extreme heat, but travel restrictions could keep people home. “Because of the crisis, I think more will choose to stay local, says DeCremer. “Additionally, I think more residents in surrounding states will look to vacation in the Phoenix area all this will most likely have a positive impact on local retail, restaurant and resort business.”

While the recovery pattern has yet to unfold, investment and development isn’t waiting for it. While some activity has slowed, there are more investors moving ahead. “Single-tenant, drive-thru pad users will likely continue to develop and invest in expansion, though at a more conservative clip,” says DeCremer. “In rare instances, development and construction has been halted at some projects, but I’ve also seen numerous projects continue to forge ahead. Cooley Station, a Fry’s-anchored shopping center in Gilbert, is a perfect example. Its developer, Evergreen, continues to build and move forward with minimal delays and the 172,000-sf center has only a couple remaining vacancies. Overall, investment and development will likely slow until things normalize and a clearer picture of the future comes into focus.”