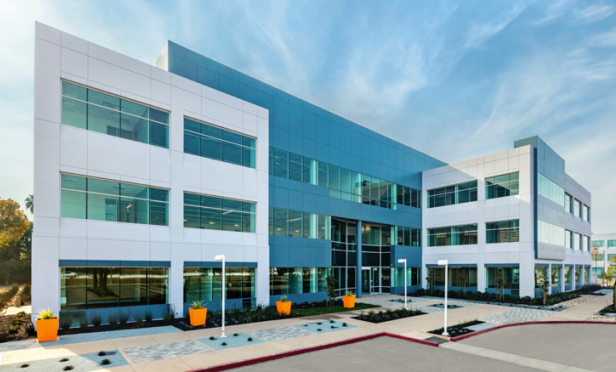 The repositioning resulted in a combined total of 314,710 square feet in new leases with three global companies, all of which were completed in less than six months post-renovation. District 237’s new leases include a new long-term lease for 142,710 square feet with Raytheon, 96,000 square-feet to NXP Semiconductors and 76,000 square-feet to CDK Global.

“Our ability to lease four out of the five buildings within the campus in such a short period of time is a true testament to how the project was repositioned to appeal to those firms actively looking to upgrade their facilities and enhance their ability to attract talent in this competitive environment,” says Brent Carroll, KBS senior vice president and asset manager of District 237. “We are also in talks with several companies to lease the final fifth building at 100,000 square feet, which we anticipate will be leased quickly as well.”

According to Carroll, a key differentiator for KBS was committing the necessary capital required to update the office park’s exteriors, install new modern landscaping and fully build out one of the buildings, similar to the model home approach used by residential developers.

“Rather than white boxing the five buildings, we took one building and completely built out the interior which included a more open layout, updated common areas, a new tenant lounge, fitness center and private outdoor amenity areas that we believed would drive new leasing activity by infusing new energy into the project,” he says. “We took a unique approach at District 237 by creating a large amount of square footage in spec space, which was very successful. Many office owners are incorporating spec space into their assets; however, not many are incorporating it at this high level. Because of this, we saw an influx in leasing activity and were able to attract a variety of top companies that were looking to lease large amounts of space within the campus.”

Driven mostly by the tech sector, job growth in the San Jose metropolitan area increased by 32,400 jobs in 2019, according to a fourth quarter 2019 report from Cushman & Wakefield. This brings regional employment to 1.2 million.

“San Jose continues to benefit from Silicon Valley’s thriving economy and remains a key market for some of today’s top tech players,” says Rod Richerson, KBS regional president, Western United States. “This asset is located within 15 minutes of San Jose’s CBD near a new BART station and is surrounded by quality retail and entertainment. The renovations we implemented created a campus feel with unbeatable access to the freeways.”

“KBS is a forward-thinking owner and this is demonstrated in the caliber of office properties they offer,” says Hallgrimson.