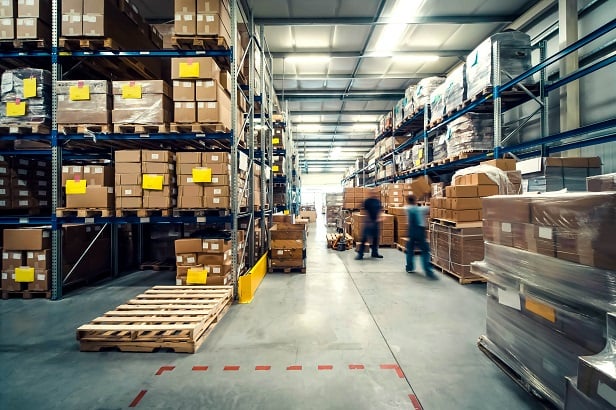 A new report from the REIS team at Moody’s Analytics says that the COVID-19 pandemic’s impact on the industrial real estate market has yet to surface in the data since leases are locked in and the economic slowdown’s impact on trade has thus far been ambiguous.

A new report from the REIS team at Moody’s Analytics says to expect a delay before any slowdown in the industrial real estate market surfaces in the wake of the COVID-19 pandemic since leases are locked in and the economic slowdown’s impact on trade has thus far been ambiguous.<

“But to be sure, the shutdown in the economy will still hurt the industrial sector, and significant new construction that had been underway will only compound the problem,” wrote Barbara Byrne Denham, a senior economist in the research and economics department at REIS. The report, subtitled “Calm before the Storm,” forecasts the completion of 111 million new square feet of industrial space coming online in 2020 despite construction delays caused by the coronavirus. That number is down from 148 million square feet of new industrial space completed in 2019, but could still contributed to a decrease in net absorption and lowered rental rates. <

Under the “protracted slump scenario”—a worst-case projection forecasting GDP contraction in the second quarter of more than 30% year-over-year—the report forecasts negative net absorption of 200 million square feet in the warehouse and distribution sector in 2020 and another 70 million square feet of negative net absorption in 2021. Under this scenario, vacancy would rise to 12.8% at the end of 2021 and average asking rents and effective rents would drop 3.5% and 6.0%, respectively.<

“These are unprecedented times,” Denham writes. “The first quarter numbers do not reflect the state of the stalled economy, but they should in a month or two.”<

Denham notes that most agree that economy cannot fully restart until the coronavirus is contained and predicting when that might be is impossible given the nature of the global pandemic. <

“The impact of the pandemic on warehouse/distribution may not show significant negative net absorption for another quarter or two, but leasing has stalled and rents are already in decline,” she wrote.<